Texas is a state in the South Central Region of the U.S.. It is the 2nd largest US state by both area (after Alaska state) and population (after California state). Texas state shares borders with Louisiana state to the east, Arkansas state to the north-east, Oklahoma state to the north, New Mexico state to the west, and the Mexican states of Nuevo León, Coahuila, Chihuahua, and Tamaulipas to the south and south-west, and Texas has a coastline with the Gulf of Mexico to the south-east. 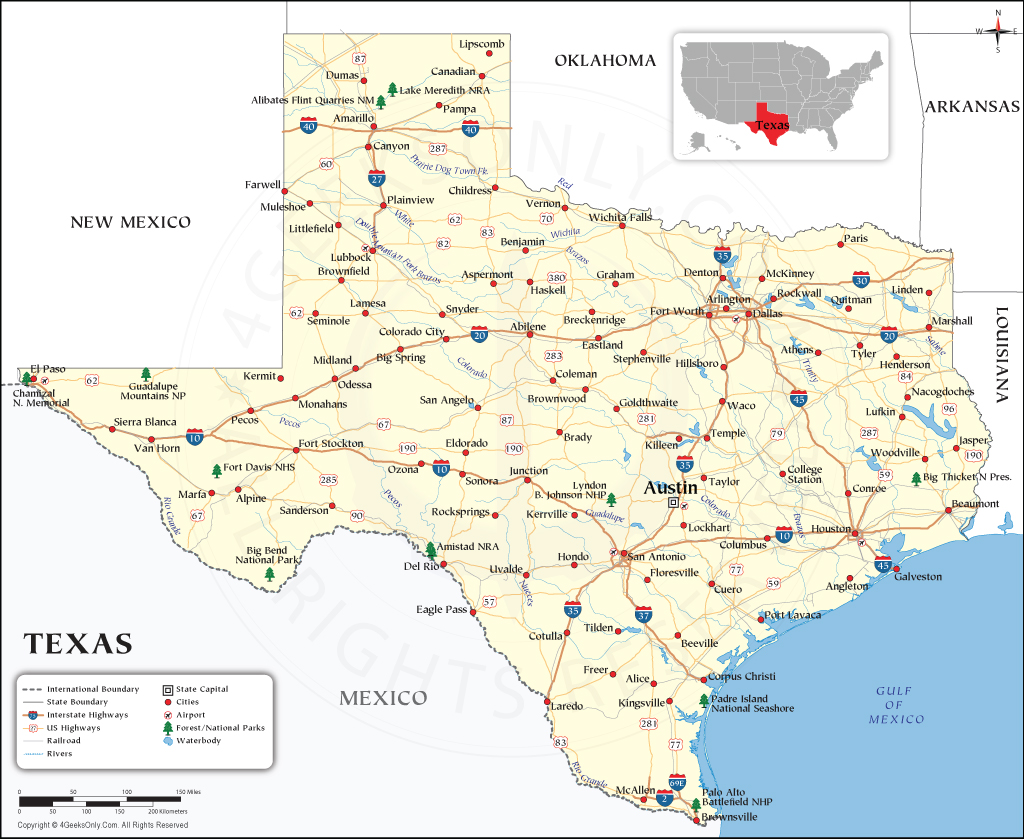