The U.S. has 62 protected or preserved areas known as national parks that are regulated by the National Park Service, an bureau of the Department of the Interior. National parks must be settled by an act of the U.S. Congress. A bill establishing the 1st national park, Yellowstone, was signed into law by President Hiram Ulysses Grant in 1872, followed by Mackinac National Park in 1875 (demilitarize in 1895), and then Rock Creek Park (later incorporated into National Capital Parks), Sequoia & Yosemite in 1890. The Organic Act of 1916 established the National Park Service to preserve the scenery and the natural and historic things and wildlife in there, and to prepare for the amusement of the same in such style and by such means as will allow them intact for the amusement of coming generations. 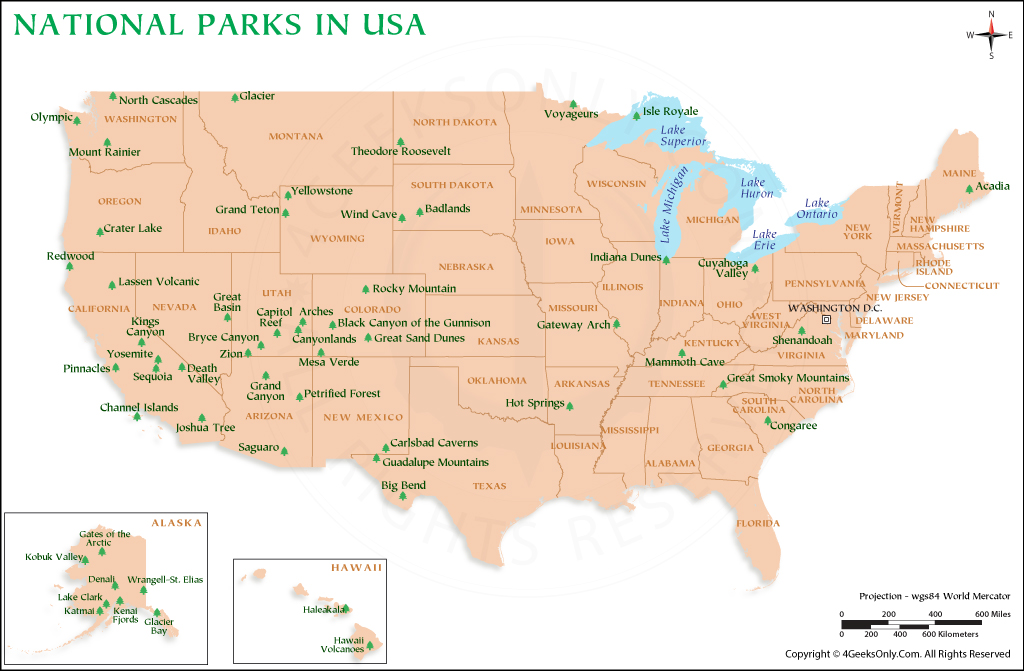