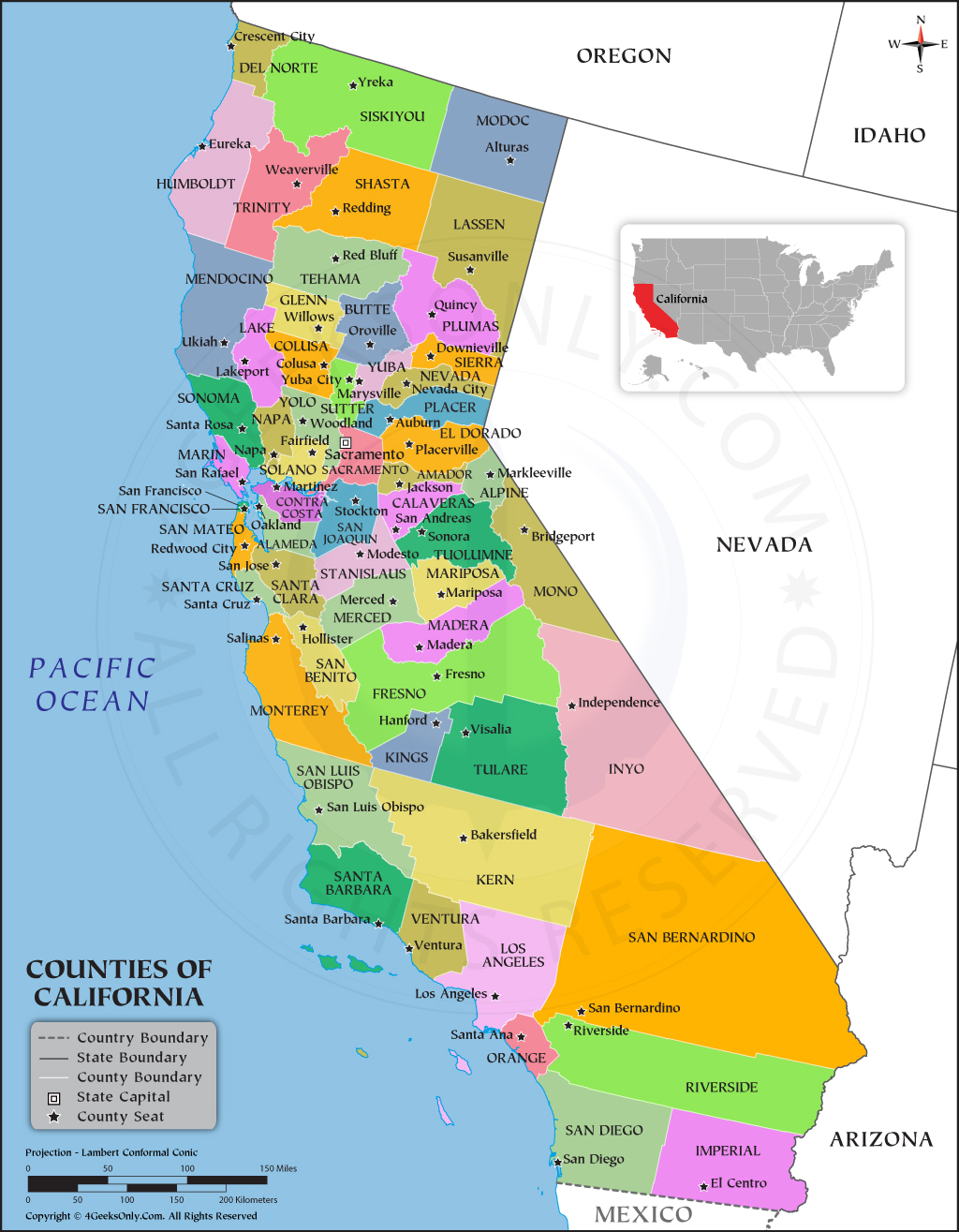 The state of California in the USA is segregated into fifty-eight counties. At first, the california state was splitted into twenty-seven counties on 18th February 1850. These were again segregated to form 16 extra countries by the end of 1860. More 14 counties came into existence by further division from 1861-1893. The largest county by area in the USA, Bernardino County, lies in California. The Los Angeles County of California state is the largest county in terms of Population. The most recently formed or the newest county is Imperial County, which was formed in 1907.

By default, the counties of California are abided by general law. However, they may be abided by charter law as mentioned in Article XI of Section 3 of the Constitution of California. A chartered county is provided with more authority to home rules when compared to a county with general law. Out of the fifty-eight counties in California, fourteen are administered under the charter.

9 counties in California derive their names from the saints. But one shouldn’t count Santa Cruz County, Los Angeles County, and Merced County.