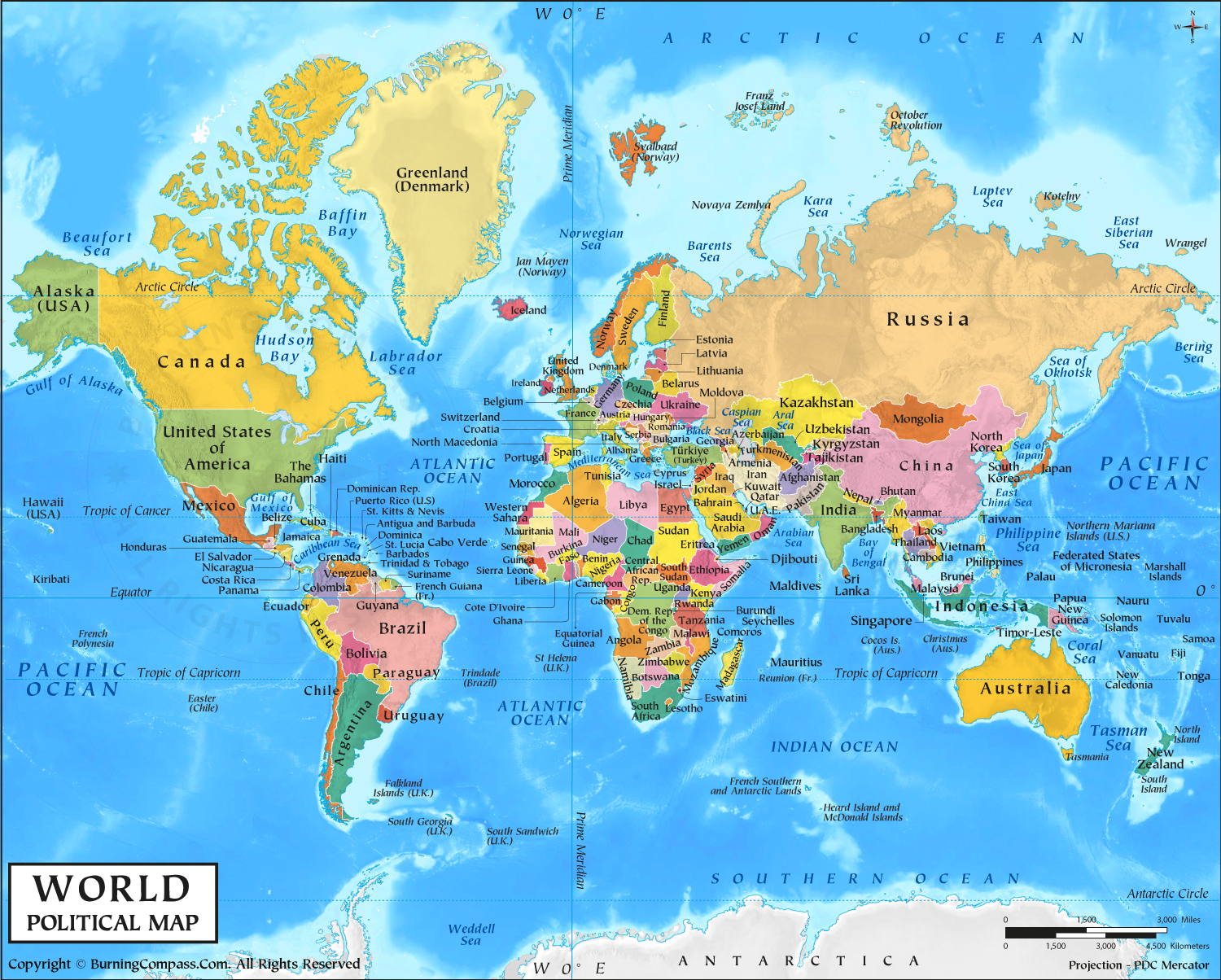 Explore this large world map showing all sovereign countries of the World. All these recognized countries are labeled on this world map image.

Sovereign Countries in the World

The listed states, which are 206 in number, can be segregated into three groups on the basis of the membership within the United Nations system. There are 193 member states, two observer states, and eleven other states. The dispute column based on sovereignty depicts those states which come with unrivaled sovereignty. There are sixteen states, out of which six are member states. One falls into the category of nine other states. There are two states which carry a special status.

Non-Sovereign Territories in the World

Other Areas in the World